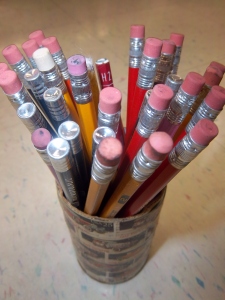 Nine Democrats and one Republican are running for Prince George’s County Executive, and no matter who is elected, one of their first tasks will be exercising their responsibility for overseeing the county’s public school system. Regardless of public statements in favor or in opposition to HB 1107, because it and the hybrid school board it authorized remain the rule of the land, the next County Executive will continue to exercise great authority over PGCPS and will have the ability to shape school systems’ leadership through their appointments.

Selecting the next PGCPS CEO

The process for selecting the CEO was set out in HB 1107 and codified as §4–201.1 in the Education Article of the Code of Maryland. This subsection, §4–201.1, applies only to Prince George’s County, but it is based on and largely parallels §4–201 (which governs all other county public school systems in Maryland) and §4–301 (which governs the public school system in Baltimore City).

The County Executive does not have an unrestricted right to name the PGCPS CEO. Under §4–201.1(c)(1), a three-person committee consisting of two residents of Prince George’s County appointed by the governor and chaired by a member of the Maryland State Board of Education appointed by the Maryland State Superintendent of Schools must recommend three candidates for the CEO position. It is from this list of three candidates that the County Executive choses the CEO.

After a CEO is selected, the Chair of the Board of Education is charged with negotiating a contract for the CEO’s term. The selection and contract must then be approved by the Maryland State Superintendent of Schools. If a contract is reached and the appointment approved, the CEO is in place for a four-year term, beginning on July 1.

As to the qualifications to serve as PGCPS CEO, §4–201.1(c)(1) outlines just three criteria: An appointee must be (1) eligible to be issued a certificate for the office by the State Superintendent; (2) have graduated from an accredited college or university; and (3) completed at least two years of graduate work at an accredited college or university, including public school administration, supervision, and methods of teaching. These are the same basic requirements as for public school superintendents elsewhere in Maryland.

Because §4–201.1 specifies a July 1 start date for the PGCPS CEO, what is likely to happen if Dr. Kevin Maxwell makes his resignation effective after that date, or if the process for seeking and appointing a new CEO does not have time to be completed by July 1? Specifically, §4–201.1(f) spells out that the County Executive has the authority to select, and the Board of Education to appoint, an interim CEO to serve until the following July 1.

Appointments to the Board of Education

So what about appointments to the Board of Education? Under §3–1002(i), the three Board of Education seats appointed by the County Executive must each have different specialized backgrounds: (1) a high level of knowledge and expertise concerning education; (2) a high level of business, finance, or higher education experience; and (3) a high level of knowledge and expertise concerning the successful administration of a large business, nonprofit, or governmental entity. A fourth board member, who by law must be a parent of a PGCPS student at the time of their appointment, is appointed by the County Council. All these appointed positions are four-year appointments. The Board of Education Chair and Vice Chair are also both appointed by the County Executive to two-year terms. Finally, the County Executive can appoint someone to serve for the remainder of an elected board member’s term if that member resigns or otherwise vacates the seat prior to the end of their term.

What does it all mean?

When the new County Executive and new County Council members are sworn in, PGCPS is likely to be in the hands of an interim CEO appointed by County Executive Rushern Baker. Depending upon any possible changes in the governor’s office, it may take a little while for necessary appointments to be made before a search committee is assembled and candidates for PGCPS CEO are named. However, the entire process, including negotiating a contract and approval of the selection by the State Superintendent of Schools, must be complete by July 1, 2019. If that date is met, the CEO would serve until 2023 at which time they may be reappointed to another four-year term. If the process extends beyond that date, the next County Executive would have an opportunity to appoint a new interim CEO (or reappoint the previously selected one).

In late 2019, the County Executive must decide to either reappoint Mary Kingston Roche to the Board of Education or name a replacement who has “a high level of knowledge and expertise concerning the successful administration of a large business, nonprofit, or governmental entity.” The County Council also must make a decision regarding the seat currently held by Curtis Valentine in late 2019.