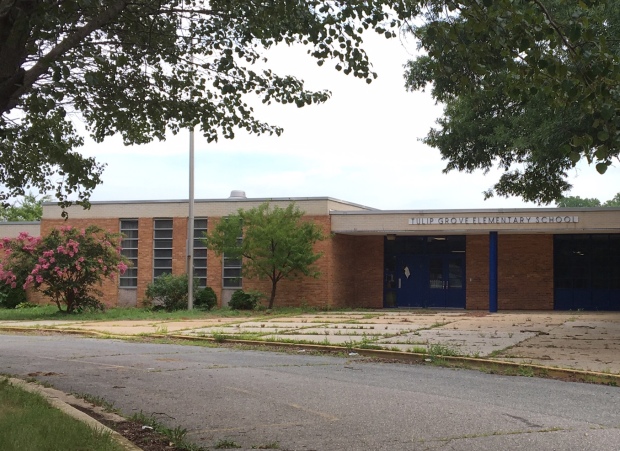 June 20th , 2016 was my daughter’s last day at Tulip Grove Elementary School, and it was a bittersweet farewell. Tulip Grove students and staff were originally scheduled to return to a newly renovated building this summer. However, the Tulip Grove community is still waiting for construction to begin, though state funding was approved two years ago.

2011-2013: Meetings about educational specifications and designs took place over this two-year period. Ultimately plans for a major renovation and addition were approved, adding approximately 15,000 sq. ft to the current facility to meet newer school standards while maintaining the State Rated Capacity of 411 students.

December 2013: Parents were invited to a preliminary community meeting with the PGCPS Capital Improvement Program (CIP) team to discuss swing space where children would be housed during the construction period. Initial options of transporting children to vacant PGCPS facilities at Berkshire Elementary or Middleton Valley Elementary were not received well as these schools are 19-21 miles from Tulip Grove Elementary School.

February 2014: The CIP Team returned for a second community meeting to discuss swing space. Most community members expressed a desire to find a location in the greater Bowie area. (Meeting summarized in City of Bowie memorandum)

March 2014: Swing space was still undecided although parents had been actively engaging with the PGCPS Board of Education since the February meeting. (See this story in the Gazette, and this story in the Capital Gazette Bowie Blade, both from March 2014.)

April 2, 2014: The Parent Teacher Association (PTA) President was notified that Prince George’s County would allow Tulip Grove to use the Meadowbrook facility, which had been the site of an elementary school that closed in 1981, as swing space.

June – August 2014: The Meadowbrook facility was renovated and prepared for use as a school again.

August 2014: Students began the 2014-15 school year at “Tulip Grove @Meadowbrook”. Because the school site was across a major road from the school boundary area, all Tulip Grove students are now eligible for bus transportation, increasing the number of bus routes from two to seven.

Fall 2014-Winter 2015: There was minimal communication from the CIP Team to the PTA regarding construction updates. Neighbors around Tulip Grove could see that little had changed at the old school site. Per the timelines provided by PGCPS staff, the project was behind schedule before students began the 2014-15 school year, but that information was not communicated to parents.

February 2015: In response to inquiries from local elected officials and Board of Education members, CEO Kevin Maxwell responded with the following timeline:

June 2015: The CIP team updated parents at a PTA meeting that the timeline was being pushed back more than a year. The delays were blamed on an “initial over-promise of an achievable schedule,” as well as departure of the initial project manager and design changes mandated by the Maryland Emergency Management Agency. A new timeline was presented:

November 2015: The Project Manager provided a project summary indicating that most milestones of the 1st Phase were complete and that the construction document was being submitted to the state for approval. The summary included dates for contractor solicitation (January 2016) and Construction start (Spring 2016).

March 2016: The CIP team provided a 2nd Phase Project Summary and explained that the permitting phase and state approval had taken much longer than expected. They indicated that construction should begin in July 2016 with an estimated completion date in Winter 2017. (See this Capital Gazette Bowie Blade story)

May 2016: The Project Manager provided an update at the May 3 rd PTA meeting that the bid package is nearly complete and ready to be posted to PGCPS Procurement. The bid was posted by PGCPS Procurement at the beginning of June with the substantial completion date listed as November 2017. (See the Capital Gazette Bowie Blade story.)

July 20, 2016: Bid period ended and is set for approval at the August 2016 Board of Education Meeting

The bid for the Major Renovation and Addition at Tulip Grove Elementary School will most likely be approved by the PGCPS Board of Education at the August 25, 2016 Board Meeting…two days after students originally expected to be starting the 2016-17 School Year in the completed facility.