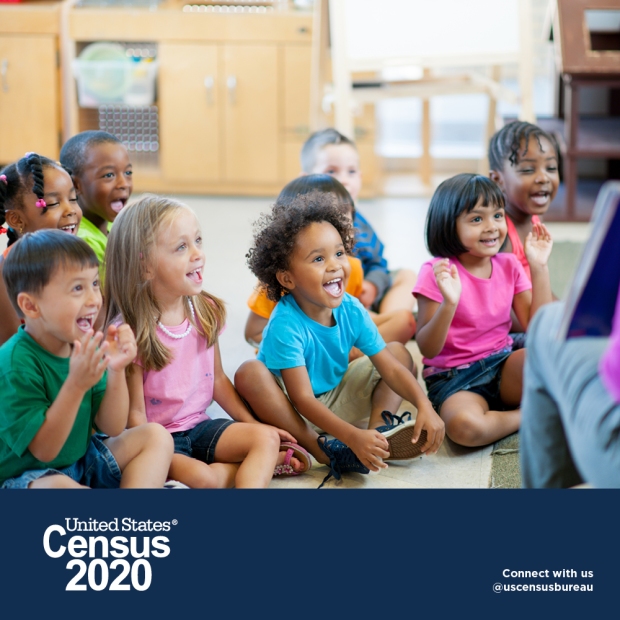 Despite the massive disruption we are all living with due to the current novel coronavirus pandemic, one American ritual is still happening — the decennial census. Making sure you and everyone in your household are counted is both a civic responsibility and critical to future funding for everything from public schools to public health to roads and bridges. Prince George’s County estimates that every person not counted means $1,825 less in federal funding per person per year. Not being counted costs our communities, including PGCPS, literally millions of dollars.

In addition, census count are used to determine the number of Congressional representatives for each state. The requirement for an “actual Enumeration” of everyone living in the United States is laid out in Article I, Section 2 of the Constitution. The way the census is conducted and the level of detail included has varied over the years, but the count has been made every 10 years since 1790.

The 2020 Census is the first census to take a digital-first count. People are encouraged to fill out the questionnaire online at www.my2020census.gov. You may have received a letter with a census ID number, which helps with tracking responses, but you can use the site even if you do not have that number. If you prefer, you can also call the toll-free number 844-330-2020 to complete the census via telephone. In April, households that have not responded electronically will receive a paper questionnaire in the mail, and at some point in the summer they may receive an in-person visit from a census taker.

The questionnaire asks for basic information about who is living at an address on April 1, 2020, including name, gender, age, marital status, race and ethnicity, how people are related, and so forth. It does not ask about citizenship. (Some households are asked to fill out the American Community Survey, which is more detailed and asks more questions, including one about citizenship. Like the census, the ACS is used in distributing federal funding, as well as to assist state and local governments in long-term planning.)

There are scammers who will use the census to try and trick people into handing over personal information. The census never asks for banking or credit card information, your social security number, money or donations, or anything about political parties.

Information provided to the U.S. Census Bureau is held in strict confidence and individual responses to the 2020 census cannot be released until 2092. When the records do become publicly available, they are a valuable resource for researchers, including genealogists tracing family histories.

Finally, for those looking for a good enrichment activity to engage young minds while social distancing, the U.S. Census Bureau has a page of fun classroom activities appropriate for pre-K through 12th grade (hat tip to the City of Hyattsville for pointing these out).