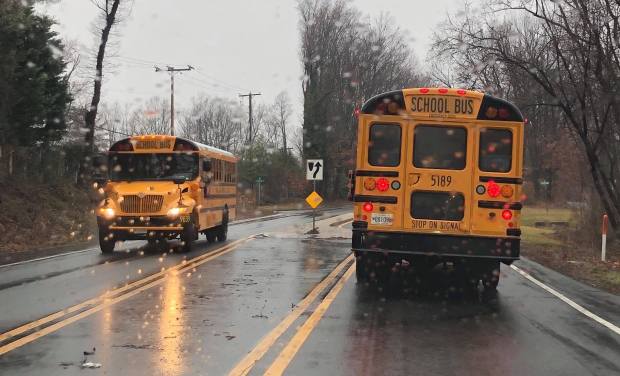 How many PGCPS buses did you see during your morning commute today? According to Prince George’s County Public Schools administration, there are over 1,000 PGCPS drivers handling 5,000 bus routes to transport upwards of 85,000 students to and from school every day. This makes PGCPS the tenth largest school transportation system in the country.

Unfortunately  a large system combined with a nationwide shortage of qualified drivers with a Commercial Driver’s License (CDL) has led to headaches for students, parents, PGCPS staff, and elected officials across Prince George’s County. It is a frequent topic for social media posts, emails, and Board of Education testimony. On February 6th, a parent testified about buses being so crowded that students resort to sitting in the aisle. Despite years of monthly hiring fairs, the shortage persists. Student enrollment has rebounded over the past decade and continues to grow. Four thousand new students enrolled in PGCPS since the September 30, 2019 report by Pupil Accounting. The growth in specialty program offerings also means more students are being transported beyond their neighborhood school.

On February 5th, the PGCPS Administration presented a briefing on Transportation to the Education and Workforce Development Committee of the Prince George’s County Council. Chief Operating Officer Barry Stanton, Associate Superintendent for Support Services Mark Fossett, and Director of Transportation Rudy Saunders provided the committee with an update on the current status of the PGCPS Transportation system, including current challenges and how the school system is working to overcome them.

Persistent vacancies and absences in PGCPS Transportation create a unique challenge. When a teacher is absent, there is a pool of substitutes or other school staff that can fill in. When someone on the executive team is absent, the work may wait for a day or two. Students who need to get to school, however, cannot be set aside. PGCPS does not have a pool of substitute bus drivers. Lot foremen with CDLs can fill in but that leaves offices unattended. Other bus drivers pick up the extra routes, but they do not have the ability to be in multiple places at the same time. As a result, students are late and missing out on instruction every day.

In tackling this ongoing issue, PGCPS Chief Executive Officer Dr. Monica Goldson established a Transportation Task Force this past fall. Composed of staff and parents, the Task Force has met three times so far and is set to finish their work in March of 2020. They expect to provide Dr. Goldson with preliminary proposals by the end of February.

According to Mr. Stanton, there are two solutions: hire more drivers and reduce routes. PGCPS continues to work on the first part with hiring fairs monthly. Reducing routes, however, is something that may take a significant change in how PGCPS transportation operates. Over the summer, PGCPS assigns every student to a bus stop and continually updates as students enroll or move around the county. He pointed out that this may cause an “on-time” route to shift later, or sometimes require changes to multiple routes when buses become overcrowded. By comparison, Montgomery County Public Schools has had consistent stops for many years, and shifts the burden to families to figure out which time and location work best to get their child to school. County council members agreed there is a need for significant change to improve the system, and it may require parents and the community to adapt to make it successful.

Other notes from the County Council presentation:

We wrote about PGCPS Transportation in October 2019, and agree that significant changes are needed. Bus drivers and aides have been sharing their frustration about poor morale and working conditions for years, and are still waiting to see the improvements they have been promised. Some drivers we’ve spoken with feel the administration has ignored their suggestions over the years, until minor problems turned into mountains. We are hopeful that the Task Force recommendations will provide a path forward to better support PGCPS families AND Transportation employees.

In the meantime, be kind to the bus drivers and aides we have. There are drivers who have dedicated themselves to this work for decades. Many of them are doing extra work to make up for the vacancies. There are even PGCPS bus drivers who transport teenage mothers and their babies so those students can continue to attend school. Bus drivers cannot control the weather. They cannot control traffic, or road construction, or how long it takes them to return a kindergartener to school because no adult was at the stop to pick them up. They are up before dawn to get the buses ready, and returning to a lot after dark to support our students and our schools.  We should not take for granted the hard work that they are doing every day.

One thought on “Changes Coming in PGCPS Transportation System”